Once again it has been a long time since my last post. Where does the time go? In any event, as I said in my last post, I am now going to talk about my trip to India. It was not a long flight to get to India from Dubai, though I did go through at least 3 different security checkpoints before being able to board the plane. The trip went smoothly, though we departed slightly late, but not very by today's standards. I arrived, cleared customs without any issues...in fact, because I left my large bag back at the hotel in Dubai, I just had my little bag with me and they just waived me through, so that was nice. Upon leaving customs there was a crowd of people waiting for folks just outside the door. I soon located my name and there were two gentlemen from the hotel to pick me up. We went out of the airport and walked a short distance to the car. Driving to the hotel was an experience! I've never seen such traffic and the Washington DC area has the 5th worst traffic in the US (it was on the news last night). The unusual part was that there were hundreds of these small three-wheeled vehicles that looked like an enclosed golf cart. I asked about them and was told they were called "rickshaws." They just went everywhere. Since they are smaller sometimes two of them would go side by side or pass each other in the same lane. They zipped in and out in between cars. There were also many motorcycles and motorscooters that just zipped between the cars and around them. Everyone just kept moving along and just ignored all the littler vehicles that were zipping in and out. Very exciting. I saw more of the same the next day when travelling around with my hosts from Lilac Medicare. Of course, the traffic runs British style, which seems backward if you're from the US. Add to that the fact that turns across the other lane of traffic seem to be done mostly "nose in front" style (turn and get your car in front of one car, then scooch across the next lane and the next - forcing each lane in turn to stop and let you through) and it is a pretty hair raising experience. I wasn't too anxious as I just figured if my time was up, my time was up and that was the least thing I was worried about anyway.

Upon arrival at the hotel, we pulled into the area in front of the door and there was a whole crowd of people in traditional Indian dress and there was also a full band!!! The driver said it was an Indian wedding. The band finished just as we pulled up and all the people started going into the hotel. It was quite a surprising sight. The doorman was in a white military like uniform with a red turban. Very elegant. The hotel was quite nice. I'll add some pictures in a day or so here. I enjoyed my stay there and ate at the restaurant there that evening. I was able to get Bhindi, which is a spicy Okra dish that I first had in London a couple of years ago. I enjoyed that a lot.

The following day I was picked up by my hosts from Lilac Medicare and they took me to their office for an all day meeting. It was a very fruitful meeting where we ironed out a lot of operational details, they explained a lot of things about doing business in India and the challenges they face, I explained some of my challenges and we were able to work out the next steps in our relationship and in planning to present the MLE program to Indian laboratories. After our meeting, they took me back to the hotel for a short rest and then picked me up and took me to a shopping area. I was able to get a bargain on some of my usual face cleanser and also purchased some bracelets in the Indian style. They also bought me a CD of classical Hindi music to take back. I was very touched by this last. We then went to dinner at the Hotel Intercontinental, which I am sure is a 5 star hotel. It matched the best of any hotel I've seen in this country. We had some traditional Indian food (way more than I could eat - but I did my best!) and I enjoyed it very much. I also got to go over to the kitchen area and see how they cooked much of the food in traditional Indian tandoors. That was very interesting. It was late when I returned, but I enjoyed the day immensely.

The following day I returned to Dubai, went to the hotel to pick up my other bag and eat lunch and then returned to the airport. My flight to the US didn't leave until after midnight, so I had to hang out at the ticketing area until it opened at 9:30pm. I arrived back in the US at around 6:30am the next morning, but since there is a 9 hour time difference, it was a VERY long day.

I'll catch up on what I've been doing since the trip in my next post...hopefully sooner than two weeks from now. 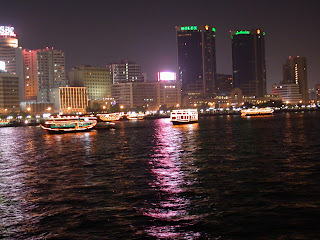 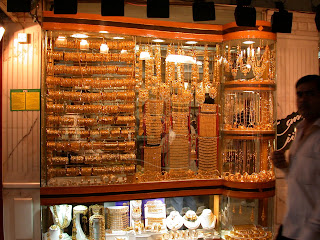